A short history of “BIOFLAVOUR”

The first BIOFLAVOUR conference was held in 1987 in Würzburg, initiated by Peter Schreier. At that time, the driver was primarily to develop and realise opportunities associated with the use of enzymes and microbes for the production of natural flavour compounds which attracted researchers and industry. Another motivation was the ongoing development of more sophisticated analytical tools helping to elucidate biosyntheses of flavour and fragrance compounds and to characterize even complex aroma compositions of wide range of biological raw materials. The last BIOFLAVOUR conference in the pre-2000s era and until 2015 was held in Dijon 1995 focusing on “analysis – precursor studies – biotechnology”. The common understanding at that time obviously was that most of the desired target compounds – especially the natural flavour compounds - have already become reasonably accessible by biotechnology and the analysis of aroma compositions a routine. On the other hand, bioproduction of more complex targets such as sesquiterpenoids or phenylpropanoids starting from simple natural raw materials such as glycerol or glucose seemed to be out of reach unable to compete with chemical synthesis. In 2010, EU COST Action FA0907 BIOFLAVOUR “Yeast Flavour Production – New Biocatalysts and Novel Molecular Mechanisms” was initiated by Gustavo M. de Billerbeck, INSA Toulouse, to bring together researchers from across Europe working in the field of yeast based flavour formation. With BIOFLAVOUR 2015, the topic was successfully revived as an internationally recognized conference, by an international Scientific Committee under the chairmanship of Jens Schrader, DECHEMA Research Institute. 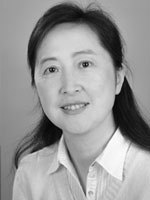