On the basis of a microorganism widely used in industry, an innovative platform for the production of economically relevant chemicals will be created, which - compared to existing systems - allows significantly higher yields and conversion rates. The organism will be able to metabolize lignocellulosic sugars from agricultural waste and convert them into basic and fine chemicals via a novel synthetic metabolic pathway. To this end, the central metabolism is fundamentally altered, thereby enabling a direct coupling of growth and bioproduction. Furthermore, scale-up and product separation processes will be optimized, thus creating industry-relevant conditions. Accompanying analysis of markets, technologies and environmental impacts as well as the involvement of industry representatives guarantee a tailor-made development of processes and products. 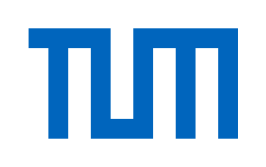 Due to the pandemic the ForceYield team met online for a second project meeting. We welcomed several new PhD students to the project and were happy to see some promising first research results.

Our next meeting will take place in February 2021 in Stuttgart or Online.

31st of March 2020 I Interview with Arren Bar-Even

"Metabolism is the core of life" 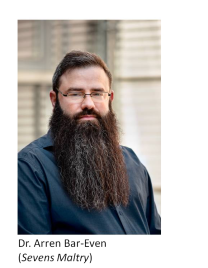 Dr. Bar-Even, a main focus of your research team is to redesign the central metabolism of microorganisms. What do you find most fascinating about the synthetic design of those pathways?

I think that what really fascinates me is metabolism itself, even before you come to the synthetic part of it. Metabolism is basically the core of life. People tend to always relate to genetic information, DNA and so on, as the basic phenomenon of life, but I disagree. Metabolism is life. Metabolism is the concerted conversion of molecules to other molecules, responding to other stimuli but also maintaining homeostasis. This is life.

The fascinating thing about metabolism that talks to me is the fact that it’s a very organized, almost mathematical process in a sense that there are very specific rules governing it. It’s easy to relate to metabolism within the framework of these rules. We are constantly trying to uncover new rules and learn from them in order to design novel metabolic pathways. This is what I find fascinating.  Basically, you need two components: a basic scientific understanding of the design principles of metabolism and a more applied, engineering component that is trying to harness those understandings and design principles. Engineering pathways is not just tinkering but really thinking, designing and analyzing potential routes according to specific chemical and mathematical rules. Unlike many other biological undertakings, this is truly engineering life.

In your latest publication in Nature Chemical Biology you describe a new pathway that enables bacteria to grow on one-carbon compounds such as formate and methanol. How do those findings contribute to the sustainable production of chemicals?

Firstly, one needs to realize that almost all the things around us are composed of carbon and that this carbon mainly comes from fossil carbon sources. So, basically everything is derived from oil. I am not talking just about fuels, but also about plastics, textiles, pigments and solvents. Needless to say, the use of fossil carbon to produce compounds is not sustainable. Eventually this carbon ends up in CO2, which is not what we want. So the idea of our publication is to use CO2 to produce all those things around us. In our scenario, we create a circular carbon economy where all things start from CO2 and end in CO2 but without the net omission of CO2. This brings us to the main question: what is the best way to actually start with CO2 and end up with chemicals?

“Using agriculture to produce chemicals is probably not the best solution” 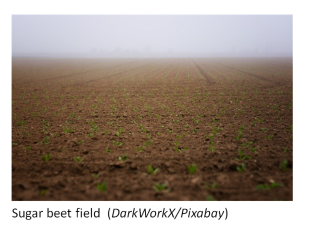 There are a lot of different approaches one can take. There are, for example, purely biological approaches, relying on agriculture or photosynthesis to fix carbon. The carbon is converted into sugar and fed to bacteria which convert the sugar into chemicals. This is one of the most common ways. The main problem with this approach is that using agricultural resources to produce chemicals directly competes with human consumption. Consequently, it threatens food security and requires the extension of agriculture, which comes at the expense of natural habitat and directly threatens biodiversity. This is why using agriculture to produce chemicals is probably not the best solution in the long run. What further complicates this approach is that it is quite inefficient. The efficiency with which plants or other photosynthetic organisms convert sunlight energy into chemical energy is actually very low.

On the other spectrum of possibilities, one can try to convert CO2 to chemicals using purely chemical catalysis, reaching much higher energetic efficiencies. The problem there is that chemical catalysis usually requires huge facilities and operates under extreme conditions such as high pressure and very high temperatures. Furthermore, the capability of generating specific compounds is very limited. Frequently a mixture of many different compounds is obtained.

“We combine abiotic and biotic catalysis” 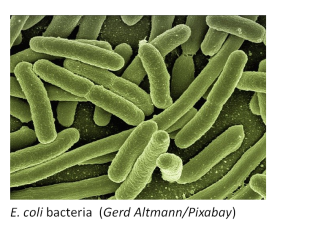 Furthermore, they are liquid and soluble, meaning that they can be stored and transported if needed and can be easily introduced to living cells. In our publication, we engineered the bacterium E. coli in such a way that it can grow on formate and methanol. This strain can now be further engineered to produce whatever chemical you want. It could be fuel, monomers of plastic, some chemical building block, and so on. In our concept, new microbial strains will become key players in realizing a circular carbon economy.

This sounds very promising and brings me to the next question. Which pathway do you dream of? And what will it take to use this pathway for the large-scale production of bio-based chemicals in the future?

When talking about the pathway of my dreams, I am very biased. I think it’s the pathway we presented in Nature Chemical Biology.  I am working on this pathway – the reductive glycine pathway – for a very long time now and I feel very optimistic about it. . There are several reasons why I really like this particular pathway. First, it is very efficient. It can be used to convert methanol or formate with minimal consumption of cellular processes, meaning that you obtain high biomass and product yields which is key for an economically and environmentally viable process.

“This pathway seems to be “plug-and-play”

But an even more important reason is that it seems like the pathway is really like a plug-and-play mechanism to assimilate one-carbon-compounds, meaning that you can implement it in multiple hosts. It’s not specific to any organism. Besides implementing the pathway in E. coli, as shown in our Nature Chemical Biology publication, we implemented the pathway in other biotechnological microbes in parallel. Hence, every lab could potentially implement this pathway in the organism of their choice and give it the ability to grow on methanol and formate to produce valuable compounds.

“There is a lot to be done for implementation”

To answer the question of what needs to be done to implement synthetic pathways in industry, I can say that there is a lot to be done. We are not yet in a place where we can deploy this technology at mass scale because there are many steps that need to be optimized. Looking at purely biological processes, microbial strains need to be further improved regarding their ability to grow on formate and methanol. Long term evolution, adaptation and optimization will be required to get the most promising strains to the full potential of the pathway. Furthermore, if we want to produce something specific from formate or methanol, we need to further engineer the strain and consequently optimize the metabolic conversion of formate or methanol to the product. And of course, if you want to use other microorganisms to produce novel compounds, you need to start with establishing the reductive glycine pathway in the new host which requires extra work.

“Getting from CO2 to formate” 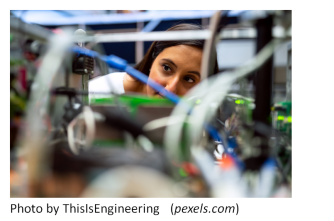 On top of this there is still a lot to do in the abiotic part. As I said, our technology depends on an abiotic activation of CO2 to allow the conversion of CO2 into one-carbon compounds. These processes are being extensively researched by many labs and companies around the world and there has been a lot of progress, helping the conversion to become commercially viable. The process of getting from CO2 to methanol is relatively well developed and already commercially available. However, the process which we find even more interesting is getting from CO2 to formate. This process is still at a relatively low TRL and there is a lot of optimization to be done to get both the efficiency high, and the cost of the electrolyser as low as possible. This is why we are also collaborating with chemists and chemical companies which are focussing on CO2 conversion technologies. So optimistically, we are talking about a period of multiple years until we will be able to implement a complete production chain from CO2 to product at a commercial scale.

You are part of a national synthetic pathway project named ForceYield which kicked off recently. What’s the added value of such multi-partner projects?

I know many people that apply for funding by themselves and I know a lot of people like myself that usually apply for funding within a consortium. I think the main difference there is that if you are doing basic science than you can indeed apply for funding yourself. However, if you aim at a more applied research theme, an approach or a new product, than it’s almost impossible to conduct such a project solely by yourself. You have to collaborate; you need to have a consortium which encompasses skills beyond your own skills.

“You need experts in different kinds of aspects”

To go from an idea to a product requires a highly interdisciplinary background and very diverse skills that can address different challenges along the development of the production chain. This is also the case for the ForceYield project. We have people on board that are experts in different kinds of aspects and every one of them has to do their part so that we have a viable process in the end. Within the ForceYield team, we have experts in Metabolic Engineering that can change the internal make up of the cells. We have others that are experts in strain optimization and long term evolution of cells and others that are experts in developing and optimizing bioprocesses. A close collaboration of those disciplines is essential for the overall process. On top of this, the involvement of companies, both in the advisory board but also in the project itself, is vital to gain the right incentive and source of information that will enable us to direct the project towards an economically viable route.

Dr. Bar-Even, thank you for this interview!

The ForceYield project had a fruitful kick-off meeting in Golm, including lively discussions on visionary synthetic pathways and their potential for the production of bio-based chemicals.

Our next meeting will take place in the lovely town of Bielefeld in September where we will continue the ForceYield journey and will be welcoming three new PhD students in the project. 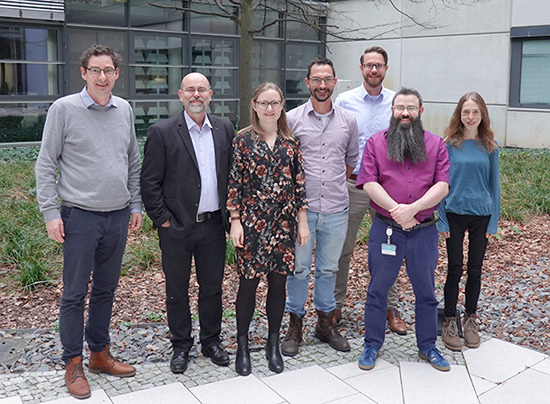 We are deeply saddened by the sudden loss of

Totally unexpected, much too early, and inconceivably, Arren passed away leaving a void behind. He has always been a great source of inspiration, kindliness, and smartness to all of us.

We will commemorate and miss you!