After a memorable anniversary event we enter the next round: Join us in Weimar for
the 51st German Catalysis Meeting (Jahrestreffen Deutscher Katalytiker) from 14th to 16th March 2018!

What started as a small meeting of individual researchers in East Germany, who discussed catalytic results and commenced initial collaborations with industry, has become one of the most important European events in catalysis. More than 600 experts from universities, research institutes and industry meet annually in the beautiful and historically important town of Weimar to exchange their ideas and share new developments and the latest results in all areas of catalysis.

For the 2018 edition, renowned plenary speakers from different European countries and the United States have been invited, setting additional highlights in the excellent scientific programme of the conference. Furthermore, we invite especially young scientists to use the opportunity to gain experience in presenting their scientific results and discussing these with their academic peers. Similar to previous meetings a large industrial exhibition and a career workshop for young scientists will accompany the scientific programme.

So do not hesitate and join us to discuss recent academic and industrial innovations of catalysis research. We look forward to your contributions and to meeting you in March 2018 in Weimar. 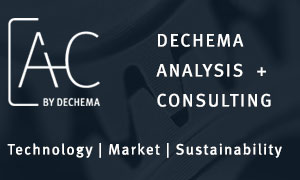