The series of International Conferences on Microreaction Technology (IMRET) started in 1997 with IMRET 1 in Frankfurt am Main, Germany. Since then eleven IMRET conferences have been organized alternately in Europe, in North America and, since 2010, in Asia.

It gives us great pleasure to announce the twelfth event, IMRET 12, which is living proof of the tremendous development that microreaction technology has achieved in chemical/biochemical engineering in both research and industrial applications over the last decade. We look forward to welcoming you to LYON at the CPE during the 12th International Conference on Microreaction Technology - February 20 to 22, 2012.

The historic site of Lyon was designated a UNESCO World Heritage Site who cited the "exceptional testimony to the continuity of urban settlement over more than two millennia on a site of great commercial and strategic significance". The specific regions composing the historic site include the Roman district and Fourvière, the Renaissance district, Vieux-Lyon, the Silk district, and the Presqu'île, which features architecture from the 12th century to modern times. For several centuries Lyon has been known as the French capital of gastronomy, due, in part, to the presence of many of France's finest chefs in the city and its surroundings. This reputation also comes from the fact that two of France's best known wine-growing regions are located near Lyon (Beaujolais and Côtes du Rhône). Nowadays, the life continues on the historic site of Lyon, heart of the city, with its restaurants, hotels, businesses and cultural places and leisure activities.

Co-Chairmen of the conference: 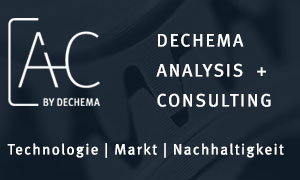